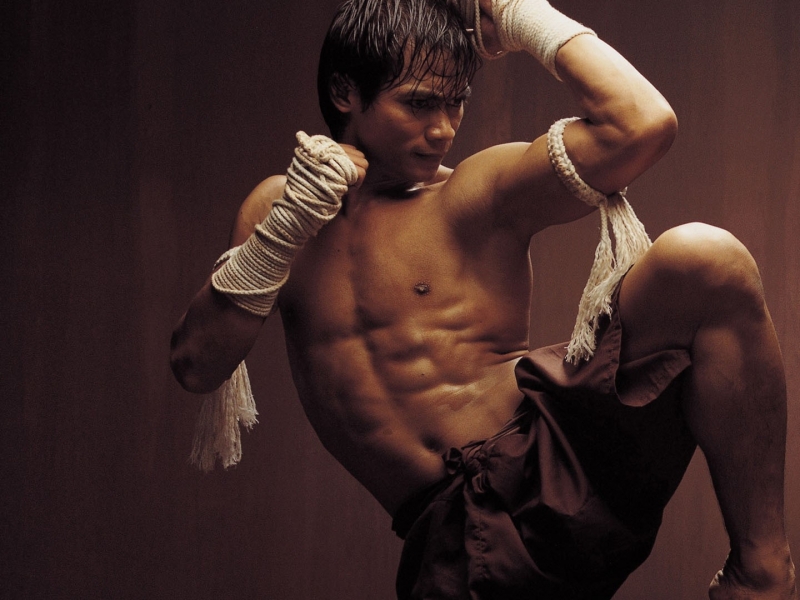 Muay Thai or Thai boxing is the cultural martial art of Thailand. The origin of Muay Thai dates back several hundred years, and was, essentially, developed as a form of close-combat that used the entire body as a weapon. Muay Thai is referred to as the "Art of Eight Limbs" or the "Science of Eight Limbs" because it makes use of punches, kicks, elbows and knee strikes, thus using eight "points of contact", as opposed to "two points" (fists) in boxing and "four points" (hands and feet) used in other more regulated combat sports, such as kickboxing and savate. A practitioner of muay Thai is known as a nak muay. Western practitioners are sometimes called Nak Muay Farang, meaning "foreign boxer."

Muay Thai considered by many the most exciting and dynamic ring sport around, incorporates the use of all 8 weapons of the human body: the fists, knees, elbows and feet. There are 5 judges sitting in for each fight in order to score both offensive and defensive point decisions. Bouts are divided into 4 rounds with 2 minutes per round/ 2-minute between rounds. Safety is the most important aspect of Muay Thai, therefore boxers must wear protective equipment, consisting of head guard, mouth guard, chest guard, elbow guard, gloves, hand wraps, groin guard and shin guards. Every boxer must have a boxers book and a medical check up before and after every fight. The weight-in for each boxer must be done before a fight and there are14 strict weight divisions.Referees in Muay Thai have to meet strict criteria and undergo yearly retesting.

Muay Thai has brought athletes together from around the world regardless of race, culture or religion for friendly international contests. Friendship plays a big part in our sport, especially taking physical aspects in consideration; this is why it is part of our rules that boxers shake hands with opponents, opposite corner, and referees all departing as friends.Muay Thai includes many aspects yet sands as a singular sport with a proud tradition and heritage, a long lasting culture, with people practicing the sport for fitness, health, self confidence, and an over-all way of life!.