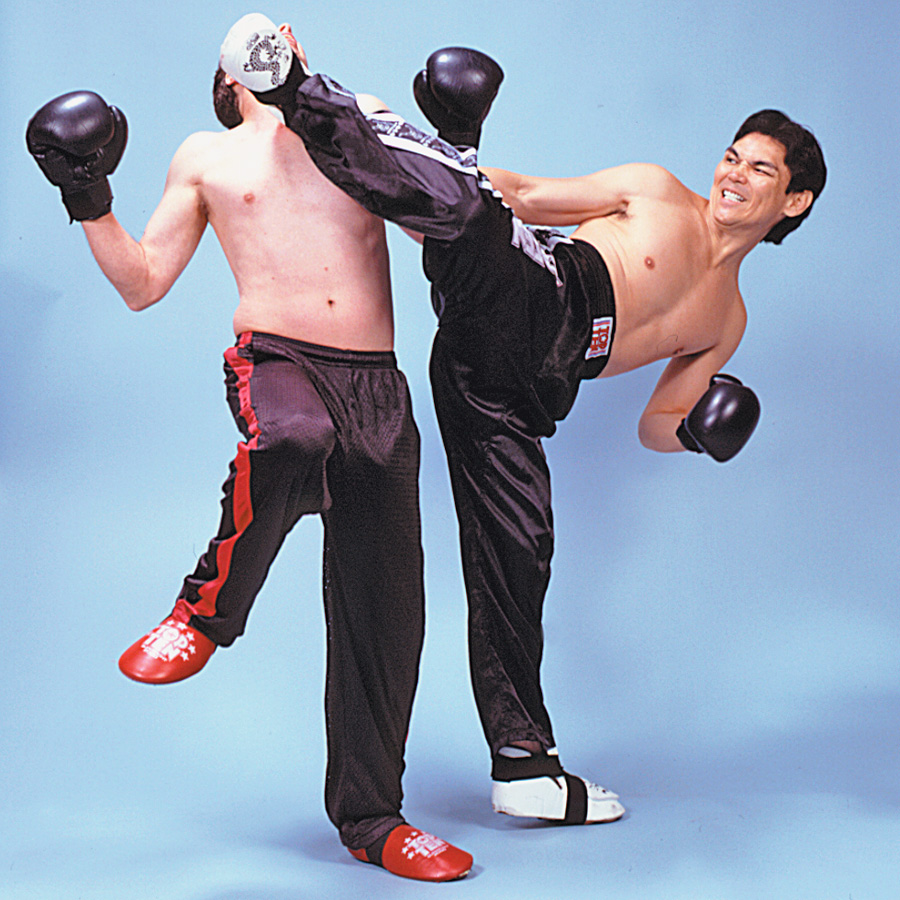 Though the term kickboxing was specifically initiated in Japan and evolved from full contact karate, its history and roots are in many ways tied to the Thailand martial art of Muay Thai Boxing as well. Muay Thai Boxing is a hard martial art that originated in Thailand. There is evidence that it can be traced back to a form of ancient boxing used by Siamese soldiers called Muay Boran. During the Sukothai era (1238 - 1377), Muay Boran began the transition to a means of personal advancement for nobility as well as a style for warriors to practice, and its evolution continued when King Chulalongkorn (Rama V) ascended to Thailand’s throne in 1868. Under Chulalongkorn’s peaceful leadership, the art transitioned to a means of physical exercise, self-defense, and recreation. Further, it began to be practiced at events like a sport, and rules were adopted which included the use of gloves and other protective gear.

In 1920, the term Muay Thai began to be used, separating itself from the older art of Muay Boran.Many years later, a Japanese boxing promoter by the name of Osamu Noguchi came to know the martial arts form of Muay Thai. Along with this, he wanted to foster a style of martial art that held true to karate in some ways but allowed full striking, as the karate tournaments at the time did not. Then the first kickboxing organization, was founded a few years later in Japan.

The sport of kickboxing often takes place in a ring where combatants, depending on the style of kickboxing being practiced, may utilize kicks, punches, elbow strikes, headbutts, knee strikes, and/or throws against one another.It is a sport martial art that readily lends itself to self-defense. Along with this, the goal in kickboxing is to utilize any number of combinations of punches, kicks, elbows, and sometimes throws to disable an opponent. In most styles of kickboxing, participants can win either by way of judges decision or knockout, which is similar to American boxing.